The Circuit Clerk and Recorder is the keeper of records for the Arkansas Circuit Courts and ex-officio recorder of the county. Desha County is in the tenth judicial district. The administrative duties of the Circuit Clerk are to maintain a record of all proceedings of the circuit courts and to prepare the dockets for these courts. This includes maintaining a file of the cases pending, as well as all past court cases and their disposition. 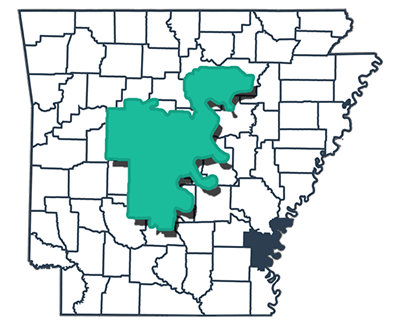 Railways, waterways, and the rich agricultural resources have made Desha County a major grain shipping and storage center. Desha County, along with Chicot County, has a 3.9 million Port and industrial park at Yellow Bend on the Mississippi. Arkansas City is a survivor of the steamboat era and the Arkansas City courthouse is one of the oldest still in operation in the state. The White River Wildlife Refuge offers a sanctuary for migratory waterfowl. The longest levee in the United States is located in Desha County on the Mississippi River.